Helping Tom with his layout design

I’m in a handful of model railroading round-robin groups and one of them is the Pac-Scale gang – a loose  group of folks who worked on the N gauge teaching layout housed within the old Pacific Scale Rails store on 6th and Carnarvon in New Westminster BC. Since Pac-Scale became a basement vendor we’ve mostly just met for coffee at a quiet Tim Hortons. Sometimes we share models, sometimes just doughnuts, however, at an outing earlier this year one member brought along details of a small logging themed layout he wanted to construct. The way Tom put it, it was “something I want to do between now and when I die.”

A recently minted senior, Tom had come to the group for input knowing we’d built stuff together in the past and having an idea as to what to believe from whom. Since I’d driven Tom and we were early I was given first crack at transferring a sketch to a scale drawing. I’d completed the bottom half before the others showed up. In that time we’d lost one track from the yard and pushed the ladders up round the bends in both directions. 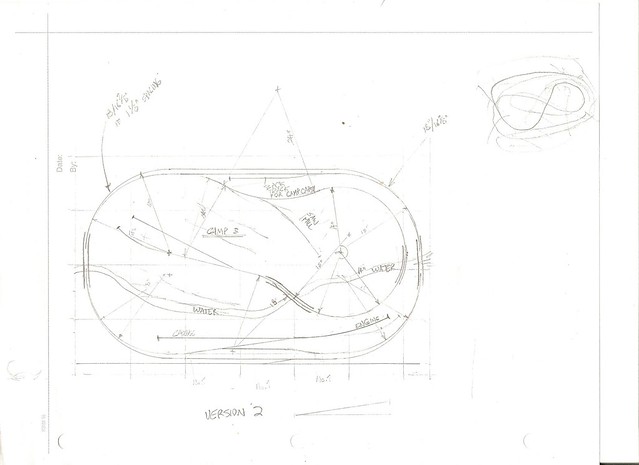 In the time since this blog was post was first written track laying has almost finished up and wiring is ongoing. There is word that Tom’s layout might be written up on a web forum build log but at time of writing nothing has been set in stone.

“Welcome to my latest blog.”

For a while now I’ve had it in mind to do up a blog where I can focus on general modelling practice rather than just the Great Northern Railway. This is it.